The NBA Live 18 release will give Xbox One and PS4 gamers a second way to play as their favorite basketball teams this September.

Though NBA 2K18 is the go-to game for many players, Electronic Arts is promising new features, experiences and refreshed rosters for those willing to try NBA Live 18. The One is a new mode that lets gamers create their own player and focus on his career. The decisions they make off the court change their player’s prospects and reputation. Another mode, called The Streets, lets gamers use their custom character against real-world NBA stars at real-life courts. 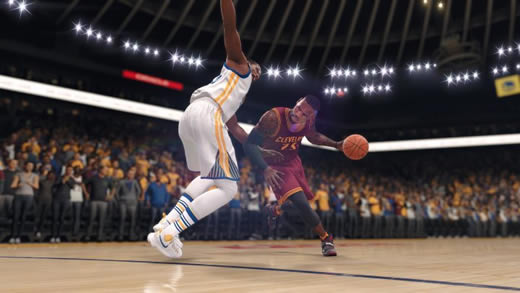 A video from this year’s EA Play event at the Electronic Entertainment Expo provides a brief look at what EA has planned for the entire game. It begins with brief looks at The One, The Streets and The League. A few glory shots of dunks and dribbles give you a taste of the game’s graphics. We see some player customization, play style and skill options at the end.

Gamers that attended EA Play 2017 recorded footage of the game that’s just surfacing on YouTube. Shakedown2012’s video showcases the graphics and mechanics for The Streets. A brief look at Archetype, Traits and Unlocks reveal some of the game’s character customization.

The One is EA’s name for the new career system. This area has two modes of its own, The Streets and The League. Gamers get single and multiplayer gameplay within the mode, but it focuses on each player’s custom character. Gamers can customize their character’s gear, traits, play styles and abilities.

The Streets is for unofficial pick-up games. These pickup games have 5 players on each team taken from real-life NBA teams. Because they aren’t league games, sessions in The Streets take place outside league arenas. Court locations include California’s Venice Beach and New York City’s Rucker Park. A Pro-Amateur Mode in The Streets lets players compete against professionals for lower-stakes than league games. Popularity in The Streets influences how a custom character gets treated in The League, EA says.

Franchise Mode lets gamers draft and trade their favorite athletes to get the best squad possible.  It’s not clear how deep the customization goes beyond that.

For the first time, the WNBA will feature heavily in an NBA Live title. NBA Live 18 will have every WNBA team in a dedicated experience, called WNBA Play Now. This mode lets gamers play online against each other with the league’s current teams. EA says that it has started scanning the WNBA’s biggest stars for inclusion in the game, just like it does NBA players.

Mmocs.com would be the best choice to buy NBA Live 18 Coins with cheap price & fast delivery. You will get more in the useful news in our website!